Best ways to use emoji on Mac

Here you'll find everything that you need to know about Mac's default emoji capabilities as well as a couple of handy tools to help you deal with emoji. 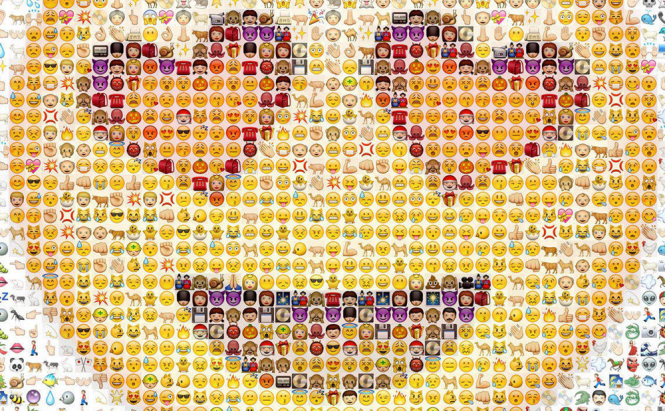 Best ways to use emoji on Mac

Emojis have become such a big part of our culture that using them is a reflex for most of us and we insert them in almost everything we write: text messages, instant messages, emails, notes, contacts, etc. However, they are mostly designed to be used from smartphones, so those who want to insert a smiley faces from Mac are often left wondering how they can do that. Let's correct the situation. Here are some of the best ways to use emoji on Mac.

Though it's not exactly a front-and-center feature, OS X has had an emoji keyboard for a very long time and it has been carried over to macOS Sierra as well. All you have to do is to press the Command, Control and Space buttons together right in the window where you were typing your text and an emoji palette will open up. From there, simply select the one(s) that you want to use and it will be inserted into your text. Additionally, in the top-right corner, you will see a button with a command symbol on it; clicking it will give you access to more than just emoji, but while the extended palette is on, you're going to need to drag and drop emoji and symbols into your text instead of simply clicking them. If you're worried that you'll only be able to choose from a handful of smiley faces, you couldn't be more wrong. There were plenty of available options from the get-go, but this summer, the Unicode Consortium has approved 72 additional emoji that were added to Apple's operating system. So, along with the Unicode 9 implementation came some very popular emoji such as rolling on the floor laughing, drooling face, face palm or selfie.

Another cool thing that you can do is to have your Mac automatically replace structures like 'rofl' or 'qq' with the appropriate emoji. Just go to System Preferences --> Keyboard --> Text and click the + (plus) button. Then, type the text that you want to replace (in the Replace tab, of course) and select the emoji that you want to replace it with (in the With tab). As for the third-party applications, there are several emoji related-ones, but I believe that this functionality isn't worth spending more than $1 on. Emoji Lite is a simple application that gives you access to emoji directly from the menu bar and is includes a huge pack of smiley faces. What I like about this tool is that it also provides a visual clipboard where you can compose emoji-including messages. The tool is free and works with every other application installed on your system. Just like Emoji Lite, Emoji+ is designed to give you quick access to a large collection of emoji right from the menu bar. Additional features include the ability to see a list of recently used emoji and support for the dark theme.

Now, when you've seen the best ways to use emoji on Mac, you may also want to read "The most interesting features of macOS Sierra" or "Best tools to keep your Mac organized".