If you're interested in trying out new things in the gaming world, here are some of the best indie games that you can play on Mac this year. 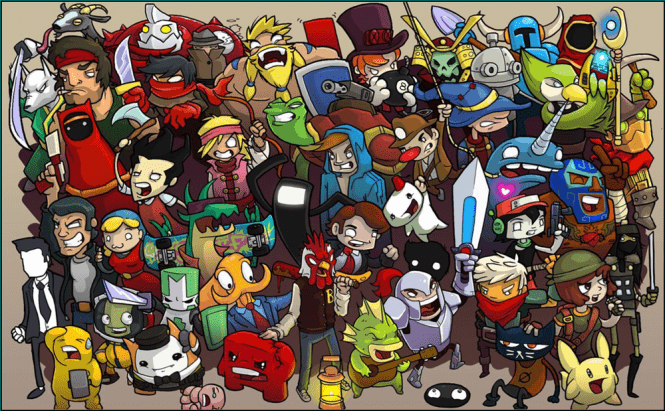 Indie games might not be everyone's cup of tea, but they represent a source of novelty in the gaming world. Most of the time, big studios are more concerned with money than innovation, sticking with what they know to be profitable and focusing on sequels, prequels or DLCs, which can get rather tiresome. So, if you're willing to try something new and help independent developers or smaller gaming companies develop, here are the best indie games for Mac in 2018.

Let's start things out with my personal favorite from this list, Overload. Officially released on the 31st of May, the game is a modern remake of a title that I used to play when I was a kid called Descent. It's an atypical first-person shooter that has the player control a ship instead of a regular character. The fact that you fly instead of simply walking makes the game a lot more complex, adding an entirely new dimension to it, both metaphorically as well as literally. If you enjoy action-packed games, you should give Overload a try. It might take some getting used to as in the heat of battle you will surely find yourself navigating upside down more than once, but you might love it.

If you like 3D platform games, then Suzy Cube might provide you with an interesting experience. The title seems to be inspired from the Mario series and the game mechanics are pretty well worked out, especially the sliding on icy slopes part. The graphics are also pretty decent, but the game was first released on Android, so don't expect anything jaw-dropping. The only things I didn't like was the lack of variety in boosts, but the game was just ported, on June 19th, so the developers might add more content with time.

Moonlighter is a retro-style action RPG that has you play as Will, a shopkeeper by day, who secretly dreams of becoming a hero. If you're willing to give a 2D top-down game a chance, then you will be pleasantly surprised by the well-written story. Furthermore, the combat mechanics are also very compelling, focusing on timing and weapon mastery. This critically acclaimed dungeon crawler has been launched on May 29th so don't be surprised by the occasional patch or update.

One of the most interesting games I've played on a Mac in a while, OneShot forces you to play in window mode using a 4:3 aspect ratio. However, what's really fun are the things that the game does outside its window, so I recommend not having any other application running. In this top-down puzzle adventure, you play as a black cat in a surreal world that is aware of your existence. To fully enjoy OneShot and the surprises it offers, jump into it without reading reviews or researching it online.

Saving the best for last, TerraTech is one of the most popular new games on Steam. The title itself is hard to categorize as it can be included in many genres. You control a vehicle in an open-world sandbox environment and shoot various opposing vehicles. The catch is that you get to design your own vehicle and upgrade it or change it with parts that you collect from your victims or various drops. The game takes physics into account, so be careful where you place your weapons, shields, and wheels.

As I said in the beginning, Indie games are not for everyone. Despite the fact that these titles offer excellent gameplay, most gamers would be dissuaded by their lack of high-quality graphics. Fortunately, even though you have fewer choices than you would on Windows, there are still lots of other great games that you can play on Mac.

The Mystery of the Crystal Portal