Apple hasn't update the MacBook Air since 2015 and given that 2018 marks the ten-year anniversary of the line, we may finally see a new model. Here's what to expect: 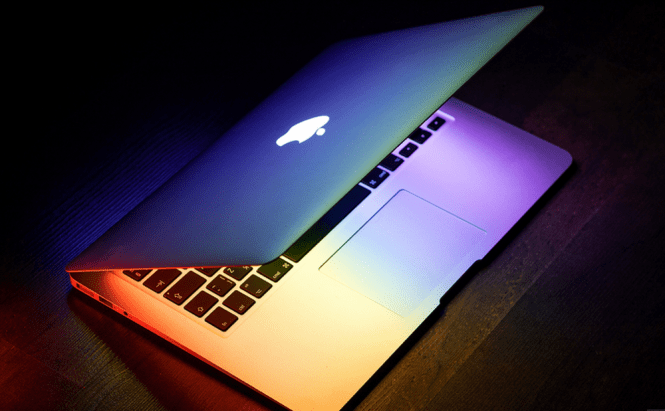 After starting out as a premium line, MacBook Air is now the entry-level laptop for Apple. Since it's not one of the IT giant's best selling products, the MacBook Air doesn't get that much attention from the press and isn't updated as often as some of Apple's other devices such as iPhones or Apple Watches. However, the latest MacBook Air Model was released in 2015, so the company may be launching a new version this year. Here's what we know about it from unofficial sources:

Apple has been pretty consistent when it came to the hardware specifications of its MacBooks, so we rarely had any surprises in that regard. Nevertheless, the one thing that I've read and that really stood out is that the MacBook Air 2018 is very likely to sport a Retina display. This could mean a huge jump from the current 1.440 x 990 resolution to a 2,560 x 1,600 one, on a 13-inch screen. Another interesting aspect is the fact that Apple has recently patented a new keyboard that's designed to be resistant to crumbs and spills, which might be featured on the upcoming laptop.

Under the hood, we hope to see an eight generation Intel Coffee Lake processor, but I'm not sure if Apple will choose this option, given that the current MacBook Pro embeds the older Kaby Lake CPUs. Other than that, we'll probably see the same 8 GB of RAM that is currently available, between 256 and 512 GB of flash storage and an integrated graphics card. I wasn't able to dig up anything on the device's battery, so I expect something either similar or very close to the current one. On the outside, the 2018 MacBook Air will likely feature a USB-C port that will double up as a Thunderbolt port as well as a trackpad Force Touch and Touch ID capabilities.

Unfortunately, we don't know too much about the launch date. Logic dictates that Apple will make an official announcement at the WWDC 2018 since the current MacBook and MacBook Pro were unveiled at the same event last year. If you're interested in the price of the device, I can't give you an exact number, but it should be cheaper than the 2017 MacBook. Hopefully, Apple will manage to keep the laptop's cost under $1,000 as that is the biggest appeal of the Air lineup.

The other big thing to keep in mind is that all the data presented above has been gathered from rumors and various unofficial sources, so not only it may not be entirely accurate, but there's actually a pretty big chance that Apple may choose to discontinue the MacBook Air line altogether. At the moment, even though the Air models are the cheapest ones the 12-inch MacBook and the 13-inch MacBook Pro are the Apple laptops that are selling the best and that's saying a lot.

Honestly, I'm a bit curious myself to see what happens since 2018 marks the 10-year anniversary for the MacBook Air and if that doesn't mean the end of the line, we could be in for a big surprise. In any case, if you're looking for a better-running Apple-made laptop, I would recommend learning to optimize your old Mac rather than banking on purchasing the MacBook Air 2018.