Free
Steam is a software store, launcher, and community interface.
4.3

Steam is a software store, launcher, and community interface. Though relatively new to the Mac, it has already established itself as a viable alternative to the Mac App Store and Game Center with its stronger vetting process, cross-platform compatibility, and more. Non-game software and an immersive 3D interface ("Big Picture") were also recently introduced.

The capabilities of Steam are vast, from voice chat with friends to a game inventory market using real money. With Greenlight, users can get involved in choosing which new games to add to the Steam Store, and player-created content is available at the Workshop. In-game achievements can be compared with friends, groups, or the community at large, and game-related media you create can be shared. Discussions, statistics, and the online store perennials of a wishlist and recommended purchase list are available through Steam as well. All this is ignoring the primary function of Steam, which is to launch the software itself! The applications you've added, whether through Steam purchases, code redemptions, or a link to an application on your hard drive, can be launched and categorized in the Library section.

1
See all comments
Thank you for rating the program!
Please add a comment explaining the reasoning behind your vote.

M
mitchell
On the website it says free up the top, but how do you download it?
Was it helpful?  yes(2) no(0) | Reply
V
Violette
Hello mitchell,

There is a Download button on the page, here is the link: https://macdownload.informer.com/steam2/download/ 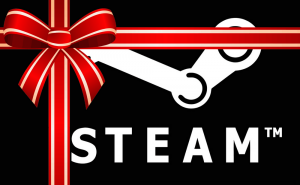 Valve is changing the way you can gift games on Steam
From now on, the games that you gift via Steam will go directly into the receiver's library, so you'll be able to easily see if they already have the title or not.

Best Indie Games for Mac in 2018
If you're interested in trying out new things in the gaming world, here are some of the best indie games that you can play on Mac this year.

It helps you keep track of project due dates, business meetings, etc.

Utility that lets you sync your file to the My Cloud device on your network.

Safely backs up files from your computer, camera, and SD cards in the cloud.