AnyMP4 Blu-ray Player for Mac is the superb Blu-ray Player software because this program can play any Blu-ray disc (including the latest Blu-ray movies) released in different regions with zero quality loss on Mac. Besides, you can also watch the Blu-ray movie from Blu-ray folder/Blu-ray ISO image file and play 1080p HD video, as well as the common video formats like MTS, MXF, MOV, MPEG, RMVB, FLV, MKV, WMV.
AnyMP4 Mac Blu-ray Player can help you enjoy any Blu-ray disc on Mac. Also it enables you to play Blu-ray folder and Blu-ray ISO image file. This Mac Movie Player acts as a HD Player and can play the newest 1080p HD video. Besides, this versatile Video Player can help you enjoy common videos like FLV, MOV, WMV, MPEG, TS, MXF, RMVB and so forth. This Media Player has the capability to help you switch the screen size, view the guidance, adjust the video and audio settings. When playing Blu-ray disc, you can choose any title/chapter to watch and select the favorite audio track and subtitle in the menu window and capture your favorite scene while watching the video.
What's new in this version:
Update the kernel to support the newest Blu-ray movies. Fix the unsmooth playback of some Blu-ray discs. Optimize the playing effect. 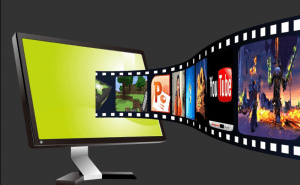 The best and most powerful blu-ray player for Mac in the world.