X-Plane is the world’s most comprehensive and powerful flight simulator for personal computers, and it offers the most realistic flight model available.
X-Plane is not a game, but an engineering tool that can be used to predict the flying qualities of fixed- and rotary-wing aircraft with incredible accuracy.

Because X-Plane predicts the performance and handling of almost any aircraft, it is a great tool for pilots to keep up their currency in a simulator that flies like the real plane, for engineers to predict how a new airplane will fly, and for aviation enthusiasts to explore the world of aircraft flight dynamics.

Welcome to the world of props, jets, single- and multi-engine airplanes, as well as gliders, helicopters and VTOLs. X-Plane contains subsonic and supersonic flight dynamics, allowing users to predict the flight characteristics of the slowest aircraft or the fastest. X-Plane also includes more than 30 aircraft in the default installation, spanning the aviation industry and its history. Aircraft included range from the Bell 206 JetRanger and Cessna 172 to the Space Shuttle and the B-2 Bomber. 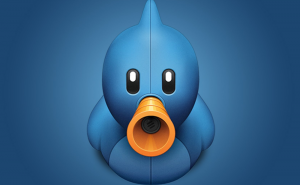 Tweetbot for Mac has just received a major update

X-Plane is the world's most comprehensive and powerful flight simulator for.

This is a flight simulation game where you drive a Boeing 747-8i.