μTorrent is a freeware, closed source BitTorrent client. As of today, it is the second most widely used program of its kind in the world, lagging behind its less well-known Chinese counterpart Xunlei, but still miles ahead of the BitTorrent client №3, Vuze, in terms of user numbers.
μTorrent is a relative newcomer among the BitTorrent clients: it has been around since 2005, whereas the BitTorrent protocol itself was introduced in 2001. The program is currently owned by BitTorrent Inc., the world's leading peer-to-peer protocol company. Quite curiously, the San-Francisco based corporation adopted thought μTorrent to be efficient enough to acquire it from Ludvig Strigeus, the program's initial developer, and use it as the primary code source for the original BitTorrent client.
The reasons behind the acquisition of μTorrent are quite understandable, as the program's install file for Mac has the microscopic size of 2.5 Mb, which makes μTorrent the most compact available BitTorrent client for the Apple's platform. Just to get the idea of how small the program is: the install file of Vuze has the size of 8.7 Mb. The compactness of μTorrent is accounted for its extreme laconicism; its developers avoided the use of many standard libraries for peer-to-peer protocols, like C++ and iostream, and created their own ones instead. That's why the program gets downloaded and installed in a matter of mere seconds.
However, the little size is not the only thing μTorrent could get kudos for; the downloading features of the program work flawlessly and smoothly as well, while its memory use can be called nothing but ridiculously tiny. The feature array stretches from the traditional torrent downloads to the RSS feeds support, including the protocol encryption, a plug-in system (since the version 2.2), and a web-interface to the boss key feature, allowing you to hide and unhide the program to and from the system tray just hitting a hotkey.
Version 3.0 installation does not feature the notorious Conduit bar that used to install the eponymous bar along itself and changed the browser home page. Most likely, BitTorrent Inc., facing a sharp decrease in the user numbers, decided that the game wasn't worth the candle and just gave up on spreading adware.
Another positive moment is that its Mac UI is way more user-friendly than the Widnows one. The last interface design revamp made μTorrent a bit less comprehensible on the PC platform (although this point can be just subjective), whereas the Mac version can boast the considerable lucidity and shows greater overall reservedness, which contributes to its clarity.
All in all, μTorrent is a powerful and yet compact BitTorrent tool, allowing you to easily manage your down- and uploads and at the same time does not challenge your CPU capacity. Getting it onto your machine once will most likely make this program your torrent client of choice. 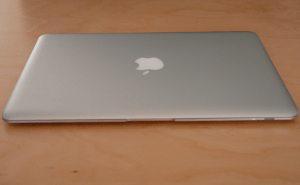 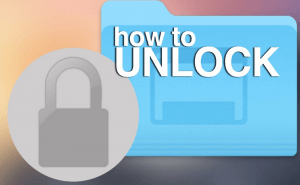 Tool that helps you download files from the Internet.

Thank you for rating the program!
Please add a comment explaining the reasoning behind your vote.
16 comments

It's super fast and reliable.

Afinogen The fastest torrent downloader. It is reliable, easy-to-use and powerful downloading tool!

jono I have uTorrent but my torrrents don't link to uTorrent from the torrent link! I think I need Torch, but I have a Mac and all torch downloads I keep finding are exe not dmg files! Please help, I like uTorrent too much for it not to work.