Have you ever listened to ITunes while you work in InDesign?
Then you know that you have to swap applications all the time! Well - no longer, because this plugin lets you control ITunes straight in InDesign. You can select playlists and tracts from a palette and you can assign keyboard shortcuts to play/pause, next and previous tracks... and even more.
This plugin was developed for Adobe UK with special thanks to Chris Kitchener.
What's new in this version:
3.0.6 - Support for UNICODE characters added (focused on cyrillic). And a bugfix for play-pause3.0.5 - improved the podcast support so podcast list only shows downloaded podcasts3.0.4 - corrected an error in the window menu, that accoured when KLiC plugin wasn't used.3.0.3 - Corrected a spelling mistake3.0.2 - First official release after a few improvements 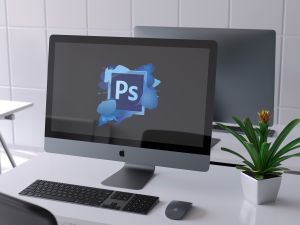 This action pack extends the power of Automator in Leopard with 20 actions.

This app helps you fix corrupt InDesign files in all scenarios.

Add calendars to an InDesign document with an Adobe InDesign extension .

This app is a pack with 385 easy to follow InDesign video lessons.

Integrate the World Wide Web with your InDesign.