Free Determine the trajectories of 3 planets linked only by universal gravitation
3.5

This program illustrates the 3 bodies problem. This is a classic problem in celestial mechanics:
- determine the trajectories of 3 planets linked only by universal gravitation.
Although his statement is simple, it's interesting to note that there is no explicit solution like in the problem of two bodies, where we known, since Newton, that the trajectories are conic (ellipse, parabola or hyperbola).
In the case of three-body problem nothing can be said in general as regards the asymptotic behavior of the system for arbitrary initial conditions. The computers do not answer to this problem since it cannot work for an infinite time (or at least for periods representing the approximate longevity of the solar system, billions of years), and computers have a limited accuracy, leading to an accumulation of errors that makes their long-term calculations very uncertain.

Thank you for rating the program!
Please add a comment explaining the reasoning behind your vote.
3.5

This program offers you medical information and human body illustrations.

Freeware weight converter... for use on other planets

Professional tool for Mac OS to enhance your portraits. 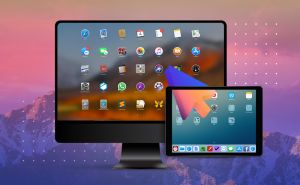