Play your favorite music and easily create playlists on your Mac.
3.9

Swinsian is more than just an audio player for your Mac. Besides letting you play your favorite songs, this program also enables you to create music libraries and playlists, edit ID3 tags, find missing artwork, and so much more.

The utility is packed with a straightforward interface, supports a wide variety of audio formats, and lets you define various shortcut keys for immediately completing tasks in Swinsian. What's more, it can monitor your music folders for any changes and automatically update the contents of your library.

I also like the fact that it provides you with a mini version of the main screen and that you can show or hide certain elements from the interface (for example, hide the artwork panel).

Another advantage is that you can connect your media devices to your Mac and play the music from your gadget in Swinsian. Various models of iPads, iPhones, and iPods are supported by the utility.

The only thing I'd add to this program would be the ability to change its appearance. To be more exact, it would be great if the utility featured more than just one theme that's all bright white. For instance, a darker theme might come in handy when using Swinsian at night. Still, this isn't a big issue, it's just something I think it wouldn't hurt having.

All in all, Swinsian is a great alternative to using iTunes for playing your favorite music tracks. It's feature-rich, works 100%, and is affordable. 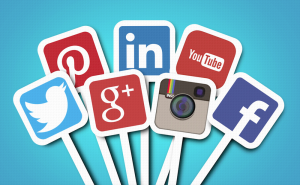 Is social media becoming relevant for gaining a U.S. visa?
The United States visa-waiver program now includes a section that asks those who want to gain entry into the country to provide information about their social media accounts.

Play your favorite music and create playlists for later.

Share your media with any Playstation 3, Xbox 360, or other UPnP compatible device.

Easily organize your music collection by adding missing info to your songs.

This app lets you play music files on your Mac computer.

Build a music library with easy access to all your favorite songs and artists.