Real Aquarium HD is an app that displays beautiful footage of sea life. It can be used as a screensaver or you can simply run it to show it off. Real Aquarium HD can only be downloaded from the Mac Apple Store. The .app file is 2.09 gigabytes in size, so you can expect a long download ahead of you. In my case, it took a little over 2 hours to download.

The number 1 complaint about this app on the App Store is that users don't seem to figure out how to exit it. Since it runs in full screen and it hides the menu bar, there aren't any visible buttons to push; but the developer says that you can use the hotkey Command+Q (default quit hotkey system-wide) or simply use your mouse to reveal the menu bar at the top of the screen and click on quit.

Along with the footage of sea animals roaming around, you will find text about the animals on the screen. The app has integration with iTunes, so you can play your music while the app is running; quite neat.

In terms of quality, Real Aquarium HD looks awesome. Like many other users, I didn't think the footage was really high definition. However, it did look very crisp.

All in all, this is one of the best video screensavers that I have seen that portray sea life. It has great quality footage and information about the animals. 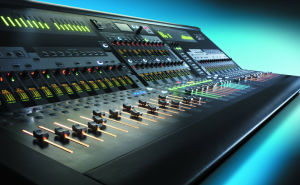 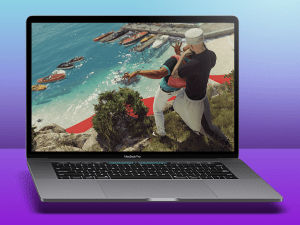 Turn your screen into a beautiful aquarium!

Brings the beauty of lush freshwater aquariums to your computer.

Get this free widget for your browser and play virtual live aquarium.

The application turns your desktop into a living aquarium.