Raging Pigs is a mix of Space Invaders and side-view platforming gameplay.

Despite seeming for all the world like a cheap Angry Birds clone by facing off bloodthirsty pigs and avians, Raging Pigs is in a genre of weird game crud all its own. You control a single two-legged pig head that can move and jump on platforms within a 2D grid space, with the goal of crushing each bird in a flock under its weight. The grid space permits movement down and to the side sequentially rather than in one smooth diagonal motion, with rather strange-looking results. The game doesn't only look weird though; for some reason the pig makes robot noises, and the riff at the beginning of each level (after which you endure silence punctuated by squawks and robotic vowels) sounds like it belongs in a retro arcade game.

Despite being published under a brand closely associated with casual and board games, Raging Pigs is more of an old-school arcade game trapped in the shell of imitative casual game art. The mechanics are valid and the myriad levels are playable, but I didn't find it very fun to play, even with the incentive of cumulative egg collection based on performance for each level.

Sam's Protip: Dragging boxes in this game, despite being a fundamental mechanic, is usually more trouble than it's worth. Unless you're dragging one over the top of your head to end things quickly, which I can understand.

This is a 2D arcade game where you need to stop the chicken invasion.

Covers your screen with a flying pig simulation screensaver. 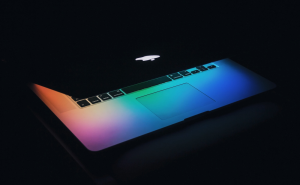