Free
Manage references and collaborate with other researchers.
2.8

Mendeley Desktop helps you work on your research in different ways. In this regard, it integrates seamlessly with Mendeley, a free reference manager and an academic social network, from which it inherits most of its advantages. The tool has been designed to make your research work as fluent as possible.

Mendeley Desktop has an intuitive interface, characterized by the use of tabs. You can start by performing a literature search, which gives you access to multiple publications. Then, you can choose which of the found items to include in your personal library. Likewise, it lets you import documents directly from Finder, including their metadata.

Moreover, some websites support adding articles directly to your library using Mendeley’s web importer. Another possibility is to import entries from other sources, including BibTex, EndNote XNL, RIS and Zotero Library. However, one of the easiest ways is to set watched folders; this way, any document copied to one of the selected folders is automatically included.

Since a library may get to contain a large number of entries, it is excellent that Mendeley Desktop lets you organize them according to the date they were added or read. Likewise, you can flag your favorites. Similarly, you can filter out your own publications. Additionally, you can use filters like author, tags and publication titles. What is more, it is also possible to organize them into folders. more

The tool lets you browse your library with ease. You can preview the contents of a given source just by selecting it from the list. Fortunately, you can open various PDFs in different tabs as well. If you intend to use any source in a reference, you can right-click and copy it as a formatted citation, LaTex citation command or a BibTeX entry, which you can then paste on your word processor. Yet, it is a better idea to use the plugins available for Word, LibreOffice and BibTeX.

Before exporting a citation, you need to make sure the intended citation style is active, which you can do from the Preferences window. Although it supports multiple styles and even creating your own, Mendeley Desktop regrettably comes with fewer styles than other similar applications.

As said, Mendeley is not only a reference manager but also an academic social network. In this respect, it lets you create groups of various types. For instance, you may create a public group to share the selected content with anybody. Similarly, you can create additional access levels by creating invite-only and private groups as well.

All in all, Mendeley Desktop may become an integral part of your scientific research workflow by allowing you to manage references and collaborate with your peers. To use the tool, you need to open a Mendeley account, which can be done for free and automatically grants you a generous amount of free storage space. Yet, it is possible to purchase a plan that matches your needs if it becomes necessary. 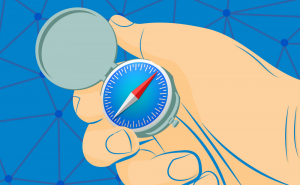 Manage your video collection on Mac
Having hard time organizing and managing your movie collection on a Mac? Here are some applications that will help you with this task: 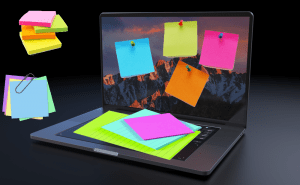 Several ways to manage notes on your Mac
Looking for a way to not only quickly take notes, but also actually find them when you need to see them again? Here are some of the best notes-management tools for Mac users. 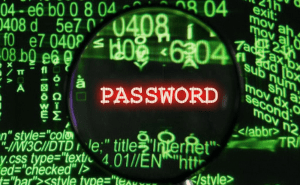 Photo organizer that is able to add photos, titles & notes on the desktop.

Search and store your research materials in one place.