With Premiere Pro you can save time with industry-leading native tapeless workflows, which eliminate transcoding and rewrapping, while preserving the pristine quality of your footage. Capture and log footage from virtually any camera — including tapeless cameras — with Adobe OnLocation CS5.

Also you will be enabled to import and export Apple Final Cut Pro and Avid projects in Adobe Premiere Pro so you can explore new possibilities with After Effects, Photoshop, and other Adobe software, bringing timesaving integration between Adobe tools to projects created in these other NLEs.

Another one possibility is to move from script to screen faster with Adobe Story, a new Adobe CS Live online service that integrates with Adobe Premiere Pro. Import scripts from Adobe Story to create shot lists, align scripts to footage and produce rough cuts, and then optimize video to create engaging online experiences. 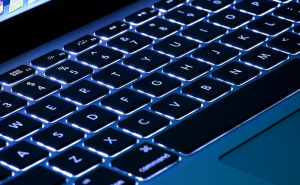 Free tool to import markers into your NLE.

Hloy Dranks The application is great in terms of working with video files. The output videos are of good quality. But the program has a lot of settings to deal with, including the ones at the final stage of file production. This makes the process of video creation a rather complex one, and some may find the application too difficult to study. In all, the program is worth the trouble of learning. I really enjoy it.